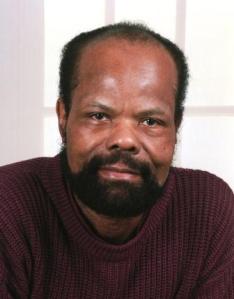 I was born on the Caribbean island of Saint Vincent, in a place called Dickson, actually named for one of my colonial ancestors. In fact, my maternal grandfather, in whose household I lived from age three, was John Dickson, grandson of that colonial ancestor.

I am the third of four children—all boys—resulting from my parents’ marriage. I have several half-brothers and a half-sister, my father’s children, some I have not yet met, some with whom I’m in close contact. At an early age I bonded with my maternal grandmother, Hester Roban Dickson, a warm, affectionate woman, in spite of her strict, no-nonsense ways. She died when I was eleven.  My grandfather (her husband) was an avid reader.  He’d had several careers: shopkeeper, schoolteacher, carpenter, mine manager in Venezuela and Colombia, sugar plantation manager in Cuba. He taught me to read before I went to school, and after that he challenged me to perform beyond the school curriculum; best of all, he was full of stories about his travels and his childhood. I dedicated my novel Behind the Face of Winter to their memory.

I immigrated to Canada in 1968. The reasons were many: 1. I desired to experience life on a continental scale. St. Vincent is about three hundred square kilometres.  Most people live in small villages. Life there is very insular and traditional. As a child I was forced to listen to advice, some of it silly, from people whose lives were evident failures.  2. I felt a strong need to go to university, and it  was not clear that I would have done so if I’d remained in St. Vincent. 3. There was no space in St. Vincent for someone with a same-sex orientation. One suspected of being gay was verbally harassed; one known to be gay was physically and verbally abused and barred from employment in teaching and the civil service. 4. It’s a society where youngsters, male and female, are flogged in school—sometimes  several times in a single day, sometimes during a single lesson—at home; and in the law courts—on the authority of the Old Testament scriptures. It revolted me. (Corporal punishment is still practised there, in schools, in homes and in the law courts, and vigorously defended with sanctimonious and theological arguments).

In Saint Vincent, I worked briefly as an elementary school teacher, a high school teacher, and a civil servant. Shortly after my arrival Montreal in 1968, I studied psychiatric nursing for two years at Douglas Hospital. I worked part-time as a mental health worker while attending Concordia University: 1969-1975, and McGill University: 1975-1976. I graduated with a B.A., 1974; M.A., 1975; and a Diploma in Secondary Education, 1976. In 1976, I began a twelve-year career teaching English and French at the Protestant School Board of Greater Montreal (now the English Montreal School Board), a career I periodically interrupted to pursue doctoral studies at l’Université de Montréal, from which I graduated with a Ph.D. in 1986. In 1988 I began a career as assistant professor of U.S. literature at Université Laval and held the rank of Professeur titulaire when I retired in 2006 to devote myself to writing full-time.

I have been one of the fortunate few who have been able to find rewarding work in their chosen field. At age ten I said  that I wanted to  become a teacher when I grew up.  (I’m not sure I grew up, but I have been a teacher at pretty well all the levels, from kindergarten to doctoral). Childhood caprice? Quite possibly. But it’s a bit more complex. The rural elementary school I attended was staffed by untrained poorly educated teachers, more skilled at imparting welts than knowledge. But that year, 1957, my teacher was Viola John, a trained, intellectually-outstanding, creative woman. I was fascinated by how she taught as well as what she taught. Mrs . John did not flog her students. She had no need to. I wanted to become the sort of teacher that she was.

My arrival in Montreal (at age 21) deepened a compulsion I already had to probe my identity and to resist those who sought to restrict me. Needless to say, those issues, which are ongoing, have influenced my writing. But above all, it’s the mystery of the human psyche that intrigues me—this and the awareness that survival is the fundamental instinct driving human behaviour, even when such behaviour seems inimical to survival. Writing imaginatively is one way for me to explore such issues.